He made a man dressing as a woman seem like a normal way to avoid the disturbing reality of divorce. He made Vietnam seem like a terribly scary playground. He made genies appear fragile and emotional. He made Walt Whitman’s words come alive. He made developing disposable cameras frightening. He made forced therapy…therapeutic. He made a plausible adult of Peter Pan. He made aliens look like cokeheads. He made me laugh and cry. The two opposite ends of the human emotional range, touched by one hirsute and hilarious man.

I remember being about 12 watching Mrs. Doubtfire and imitating all his voices. I pretended to know the words of the Italian operetta he sang in the voice of the little yellow bird. I remember Toys used to be shown on rainy days, and I’d imagine what I’d do if I was an orphan at a toy factory about to be overrun by the army. I remember teaching the young Korean kids the songs from Aladdin and feeling the memories of childhood magic, imagining your three wishes and knowing you probably wouldn’t have used your 3rd wish on the genie.

I also remember Patch Adams and the dedication of that doctor. When he filled the hospital with balloons; or when he got yelled at, and had to walk away with squeaky shoes. But, what I’ll never forget was the completely eviscerating scene from Good Will Hunting, when he told young Will: “It’s not your fault.” It’s something we all want to hear. I can’t even write those words without crying. I’m crying now. It wasn’t only the words, but also the empathetic delivery from his understanding eyes, and his implicit wisdom that pain is real and scars may heal, but never evaporate.

The outpouring of emotion on the Internet for his death does not surprise me. He was an important actor on life’s stage. I listened to an interview today of Williams with Marc Maron from 2010 where Williams went on an uninterrupted rant describing his inner monologue when thinking about suicide. It was funny, because he is funny; it was sad, because now we know he couldn’t talk himself down this time. He struggled with something inside that told him he wasn’t good enough. Depression can block all but the negative thoughts. It can swarm over like a wave washing away your name in the sand, until there is nothing left but blankness; and the thought of trying to fill in that void again is just too daunting. I wish somebody could have done him the favor of looking into his kind, thoughtful, charming eyes and told him what we all need to hear sometimes; “It’s not your fault.” 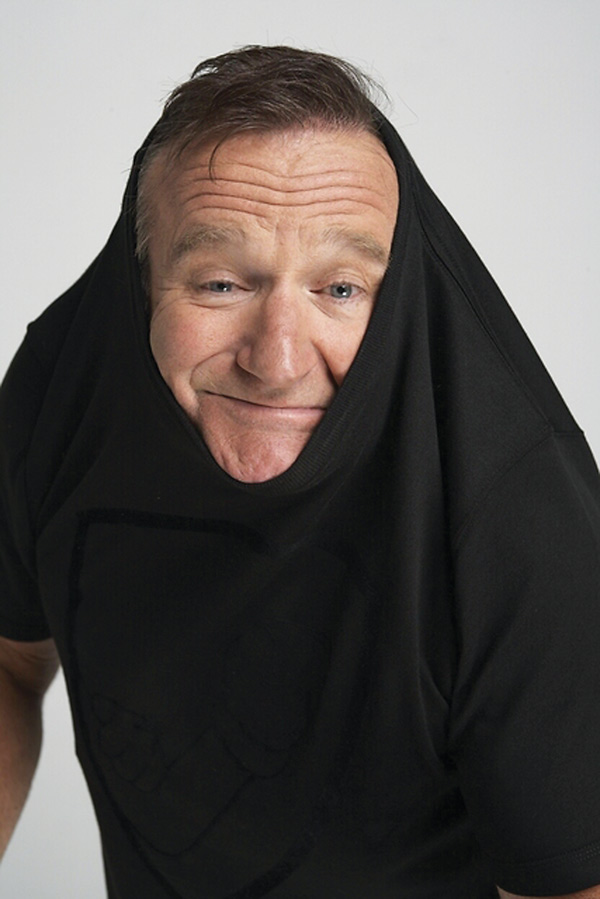 One thought on “I Remember Robin Williams”