It’s a manicured country, as if a greenskeeper was in charge of an entire peninsula. Trees planted long ago according to the whims of the local dukes and ruling aristocracy. Even the autostrada offers wonderful views as long as you can ignore the angry faces tailgating you in your rear view.

Italians can feel a real sense of pride in the past. They were scientists, artists, musicians, astronomers, popes, priests, saints, charmers, and workers. They built functional aqueducts, relaxing bathhouses, durable roads, intricate cathedrals, massive pagan colosseums, and constructed sculptures in the grand squares of almost all of even the tiniest towns. Driving along the small streets (what I can only assume the SS means of their road signs), you are never far from some crumbling old castle or palace. Some have these long driveways with columned entrances but are overgrown with shrubs of time. It only enhances the allure.

I see lots of pro cyclists wearing all the gear and then some apprentice rider kids with a car following to help those who can’t finish the incredibly arduous climb. The winding roads are banked to help drivers and the weak looking guardrails aren’t enough to stop you from driving down an acute angled fall into the grass and trees of hilltop Tuscany.

The orange tiled roofs and brick walls are like a formality here, unless you have the castle on top of the hill, it appears you can’t afford the stucco required to class up your shack into a chalet. But these towns aren’t built on hillsides for no reason, it must have served a very real purpose in medieval times to live within walls high on steep hills. Marauding bands of Germanic tribes or the Huns from the East, are all looking to usurp your bed.

I’ve seen Sun-rays poke through clouds before, but it feels different when they shine upon a place that your memory knew before your eyes actually viewed it. Everyone has an idea of Toscana, a picture, a movie, a painting in a museum, and it fulfills you in a personal way to actually see it. No Diane Lane or Julia Roberts crowding her face into your perspective of this endlessly eternal land.

Osteria, Pasticceria, Trattoria, Pizzeria, Pescheria, Prosciutteria. Gelateria. Food is specialized. I like watching a father order for the table and when he’s finished the waiter says, “Bravo.” Ordering and eating is like a performance. Consuming a first and second plate with wine and a gelato afterward is a special treat for me. For Italians, it’s Wednesday.

I’m a good driver, that is to say, I’m a defensive and courteous driver. I never tailgate, I only honk when necessary, I allow others to merge, and I accept that we all share the same road. My friend, who is a professional courier, does none of those things. Yet, he also considers himself a good driver. How can that be?

In Italy, poor driving behavior is taken to a new level. I have been tailgated so close that I can no longer see the hood of the car behind me, which means that he is less than 1 foot from my bumper going 80mph. I felt so angry, scared and confused by his behavior. There was a car in front of me. There was a car to the right of me. Where was I supposed to go? He honked and rudely gestured as I carefully merged back into the right lane, slightly cutting off the car beside me.

Honking can ruin an hour of my life. I had a headache all day due to this new system of driving. I also got honked at for slowing down at a fork in the road to determine my direction. How is this acceptable behavior? These roads are thousands of years old, narrow, crowded with motorbikes and I’ve never driven them before, I’m entitled a bit of a slow down to decide. At the same time, they may be entitled to a “Che cosa fai?” beep.

Perhaps Italians are so confident in their own skills and perceived knowledge of how other drivers behave that they feel comfortable tailgating, but I don’t like it. I’m going way over the speed limit, passing the giant trucks and also merging back into the right lane after overtaking those 16-wheeled monsters. There is a certain logic to driving that I feel is lost on aggressive drivers. In heavy traffic, swerving in and out of lanes like a Nascar race won’t help. In light traffic, there is no need to swerve because the left lane is yours.

What do you want me to do? I can’t move the cars in front of me, and I refuse to tailgate them, so we wait for them to move right. I don’t drive as slow as the trucks yet slower than your disturbingly assured ass, so I’m forced to contend with you in the fast lane. We all paid the tolls; we all have somewhere to be. You’re just being an asshole and we’re left behind with the smell.

Now, two days later, and I find myself cutting people off and getting honked at for being too offensive. Watch, adapt and continue.

People drive the way the wish they could act in real life. That is how the fancy car and small penis stereotype started. You can buy the power you lack and assert it upon the world that screwed you with a small screwdriver. I drive slowly because it’s my moment to relax and for a brief moment not feel overcome by anxiety and overrun by emotions. 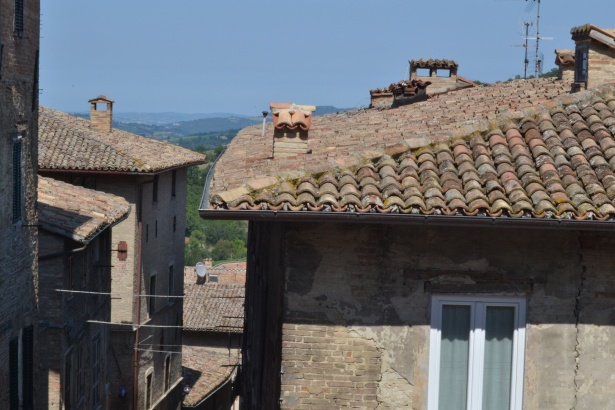