Watching the chaos from the aftermath of Nurmagomedov’s win over McGregor in the Octogon of UFC 229, I felt a tangible sense of tribal fury. Russia and Ireland. Champion and contender. Victor and vanquished. Combatant and spectator. Humans are followed by the contradiction. Choose a side. Pick a team. The only two states of matter: alive or dead. 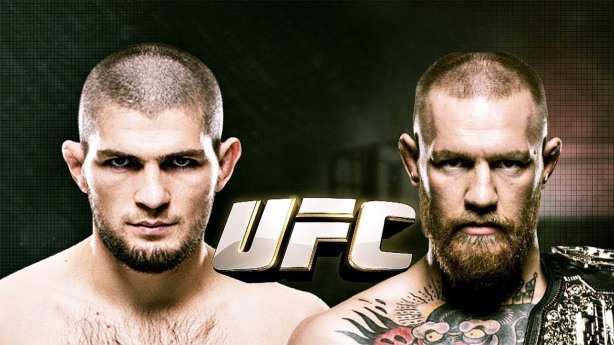 Khabib (left) won by tapout in the 4th round.

Emotions ran wild that night and Khabib will surely be punished for his role in the post-fight brawl. His teammates and trainers got involved. They will be punished. There are rules in ultimate fighting, a code of conduct: no headbutting, no groin kicks, no biting.

So, men who punch and grapple for a living can still understand how to follow rules or be punished. Although tensions may run high, for the most part, there is honor in defeat and pride in triumph. Paraphrasing Roosevelt, the men in the ring deserve the credit. The gladiators give entertainment through pugilism and then give respect to the other for the battle.

Contrast that with the partisan struggle of the past month in the U.S. Senate for the Supreme Court nomination of Brett Kavanaugh, aka Bart O’Kavanaugh. The elected officials of the 18th most prosperous country ((U.S.A.) “United” should be in quotes these days) in the world let those same tribal passions that pushed a Russian combat fighter to leap out of the cage to fight the audience, drive them into supporting an impulsive, jaundiced lifetime nomination for the highest court of the land.

Although Lindsey Graham is no Conor McGregor, the former did his best impression of the latter in his defense of Georgetown Prep Treasurer of the Keg City Club. Graham saying, “This is the most unethical sham since I’ve been in politics” is as close to McGregor’s, “If one of us goes to war, we all go to war” as we can get. It seems as though the Republicans might be following the millionaire Irishman’s motto, “We’re not here to take part; we’re here to take over.”

By blocking President Obama’s nomination, Merrick Garland, way back in February 2016, the G.O.P. was able to get corn dog in a suit, Neil Gorsuch, onto the court in April. Then, by pushing the aging Anthony Kennedy out, Trump nominated the 1982 Beach Week keg stand champion, Brett Kavanaugh.

In a negative exposure reproduction of the Anita Hill hearings of 1991, we found psychology professor, Dr. Christine Blasey Ford, accusing Renate Alumnius, Brett Kavanaugh, of sexual assault from a drunken night 36 years ago. Her testimony was widely accepted as both credible and disturbing. In media reports, Dr. Ford and former classmates and friends presented a glimpse into a beer-chugging, party-hardy frat boy who was as apt to unexpectedly pull out his schlong on a Friday as he was to be hitting the books by Sunday. It wasn’t quite the choir boy image put forth by Judge Kavanaugh.

In short, those are the tribes. Dig a bit more, and we find Republicans and Democrats fighting a war of ideas for control of the future. Burrow further and we get to the crux: winning. Trump has brought his brand of winning at all costs to Washington D.C. Trump follows the oft quoted rule of: it’s not enough that I should succeed, but for others to lose. Trump could have directed the Senators to let this one go, and nominated some other flavorless corn dog conservative like Gorsuch. But no, it’s not enough that he and the Republicans win, but that sexual assault survivors should lose.

The millions around America watching, from both sides, felt those tribal passions directing their emotions instead of informing their logic from the basis of facts or figures.

The guy who couldn’t remember who won that game, Brett Kavanaugh, and probably couldn’t remember that summer night in question, is now on the Supreme Court. We know how these politicians act, and we knew that the majority party Republicans would find a way to squeeze whomever they wanted through that nomination process.

Moving past the unlimited bias of politics, the underlying dishonesty in the Biggest Contributor to the Beach Week Ralph Club, Brett Kavanaugh, is his drinking. Drinking is legal. Yet, alcohol causes almost triple the amount of deaths as car crashes per year. Alcohol is an overwhelming factor in domestic abuse, fatal car deaths and sexual assault. Big Brett “100 kegs or bust” Kavanaugh had no problem saying he likes beer, still likes beer, maybe had too much beer but overall, has a good opinion of beer. Could he say that about smoking marijuana, even though it’s a much less harmful drug to society and legal in nine states? (Also, what do you bet he drinks crappy light beer. He’d probably make a sour face if he ever tried an IPA, and his lips would curl over with a strong porter.)

He felt so comfortable talking about his drinking habits yet never admitted to blacking out. He’s a liar! Do I have proof? Yeah, if you throw up, it means you’re already or approaching a blackout. And he was, as noted above, the Biggest Contributor of the Ralph Club (i.e. puking a lot!). Very few of us are the same kind of drinker as their high school or college selves, but those who are up for nomination to the Supreme Court should show enough prudence to admit mistakes and, in this case, seek forgiveness to those wronged. Imagine the scene of a powerful man, instead of shedding tears for the days past lifting weights with his bros, but grieving in recognition of others’ pain or consideration for flaws in judgement. Doesn’t that sound like a proper judge? A person aware and able to look both inward and outward.

Drinking to excess is a scourge some will understand and therefore excuse, especially when it occurred during a time when a boy’s prefrontal cortex is still maturing, leaving room for impetuous and idiotic conduct. No man, woman or gender nonconforming person is perfect, not a president, not a doctor, not a fast food worker and certainly not a Supreme Court nominee. “Screws fall out all the time, the world’s an imperfect place.”

As the iGen, Instagramming, selfie taking, post-millennial generation grows up into middle age, and with A.I. increasing in power, and voice recognition software becoming more accurate, and as objective truth ceases to perform a function in the “fake news” world, more skeletons may appear, both real and fictional. We may lose the he said, she said clashing to be replaced with whose closet skeletons are more gruesome or who can more easily afford to keep them closeted.

We cannot seek to elect perfection; however, we should expect quality. There are conservatives who are compassionate and liberals who are conventional. We should look for maturity, thoughtfulness and especially wisdom in leaders. The wisdom to know losing doesn’t mean failing. The wisdom to recognize emotions as unreliable and wisdom to seek impartiality in matters so important to civic society as marriage laws, abortion, equal rights, or the infallibility of a sitting president.

Maybe I just want something to make sense because so much of life is confusing, difficult and awkward. Writing about wanting someone better than an unapologetic chug-a-lug bro dawg, or at least someone less prone to emotional outbursts to be a Supreme Court judge feels preposterous. Hearing a president belittle his own citizens feels tragic. It’s too much to ask for politics to be the place we seek for solace from the storm of daily tribulations. But these days, it feels as though, even while sitting on the other side of the world, politics IS the daily ordeal.

The winning that Trump assured us we would all get tired of is finally here. That winning has come at a huge cost. That winning will continue to strengthen gun rights in an already gun-loving land, push down women and minorities at the time they are seeking to be heard and ostracize America in the world when other strongmen seem to be asserting their own power across the globe. The losses are felt so heavily in this rapidly changing world that it’s hard to brush it aside and continue to believe everything will be alright.

I usually have a takeaway after writing and thinking about a subject. Something that the process of typing helps my brain discover under the blankets of contemplation. I can’t find it right now. Trump is a con man having obviously committed tax fraud for decades, Kavanaugh obviously was no saint yet cannot be told otherwise, McConnell is sinkhole of a man, a mix of those most uncharitable gifts of ravenous greed and smarmy guile: like a more successful version of that little squirrel in Ice Age.

And they just won! People like to believe in the best in others. If the Trump et al. phenomenon, #MeToo, police brutality, computer hackers, domestic and international terrorism and climate change denial is teaching us anything, it’s that that is an unwise, naive idea. Hope for the best if you choose, but expect the worst. When I can, instead of worrying about how corrupt and despicable politics can be, I’m going to try to remember the good stuff. Pizza, warm blankets, The Simpsons, black coffee, laughing with friends, chocolate, autumn smells, happy dogs, snuggling, ocean sounds… 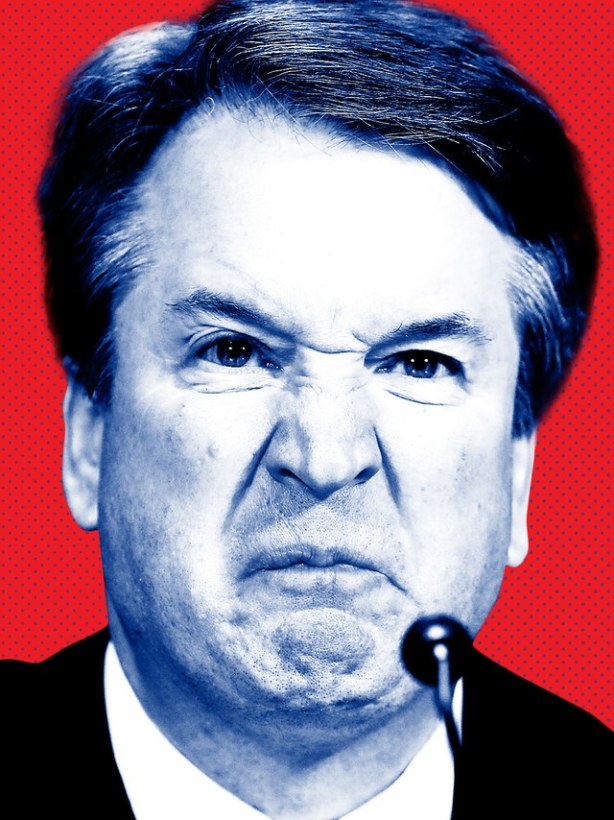 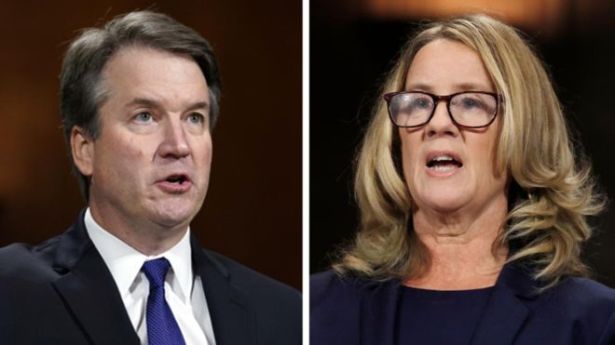