A grandfather, father and son; three generations of William Sabia’s; three generations of Philly sports fans used to go watch 18 baseball games every summer. We watched them together from our right field seats all through my younger and more vulnerable years. We watched the best years with the mullet brigade of 1993 that lost the World Series to a bunch of Canadian hosers. We also watched the worst years of Philadelphia Phillies baseball. The years when future Hall of Shamers Von Hayes or Steve Jeltz were the best players, the years when the stadium was a non-descript, circular, multi-purpose green hole called Veterans Stadium.

The floors were wet even on sunny days, the food was limited to soggy hot dogs or stale pretzels and the bathrooms were intimidatingly filthy, but my memories of those summer nights remain as pure as Kevin Costner’s plan in Field of Dreams.

We’d eat a big Italian dinner at Dante & Luigi’s then make our way to the parking lot. (Later we’d relocate from that eatery to Medora’s Mecca due to an attempted mafia hit in 1989.) The games, as all American sports, began with a rendition of “The Star Spangled Banner.” I used to take off my hat, stand at attention, hand over heart and peek up at my grandfather who served in the Navy during WW2. He seemed to be rather emotionless and more excited to mark down the bases and strikes in the program book. The song reminded me of him, and my other deceased family members who served.

It was my feelings that I can more surely remember. Beyond the excitement of sitting with my Naunu and Dad with their undivided attention on me and whatever phase of young problems were bothering me at that moment, I was definitely moved by that song every time. To this day, the goose bumps still raise my sparse arm hairs, chilling each nerve during the final crescendo of that contrasting anthem to war and freedom.

Playing Pee-Wee football in my little town, we couldn’t afford helmets or pads newer than the 1970’s dress-up kits in which we used to be outfitted. Thus, our little crappy speaker system, on which my Italian surname was consistently and variously butchered, played a very weak instrumental version of the national anthem. Nevertheless, we all stood, swimming in our oversized helmets and one size fits none shoulder pads. Most of the time, the flag lay limp on the pole, a far cry from the 100 yard flapping inspiration held taught by veterans we see on Sunday Night Football. The “flag was still there” is the way to understand it. We play contact sports under the lights and under the flag. We zone out while pledging allegiance to it. Cheesy American backpackers during the Bush era used to sew Canadian flags to their rucksacks to avoid political conversations about Iraq. The flag is there, even when you don’t notice it or try to hide it.

The flag is boldly symbolic of our unity and passively suggestive of the manifested destiny of struggles our past has provided our future. It means different things to all, just like our country. Some immigrants imagined America as paved with gold, a metaphor for golden opportunities for their children. Other forced “immigrants” found a world of cruelty and enslavement. The “flag was still there” through all those rounds of foreigners coming voluntarily or vice versa. The stars kept growing and history kept moving. The American flag is a visual expression of our pride, or our pain. Surely, we can all understand both sides.

The benevolent peace I experience from the national anthem as a white male, non-veteran yet proud American may be starkly divergent from my cultural opposites. I’ve seen the cellphone videos of police brutality and I watched in disbelief through the Rodney and O.J. affairs. I recently watched Ava Duvernay’s 13th (Netflix) and Raoul Peck’s I Am Not Your Negro (Amazon). They are eye-opening glimpses of an American experience where the stars and stripes provide a twisted pride. A pride of earned freedom but never escaping from under a racist thumb, people rising as a Phoenix from their historical ashes only to sink again under the destructive weight of racist oppression.

Enter Colin Kaepernick in 2016, a Super Bowl caliber NFL QB confronting his American confusion from within his bi-racial skin while growing up adopted in a white family, part of an all-Black college fraternity, blessed with superhuman sporting skills and cursed with a mind too curious to just keep his mouth shut and cash the checks. He lives in a world where Obama is president to only half the country, Black men’s murders are being caught on video at a terrible pace and here he is, making millions, wondering what words or even what right he may have to use his celebrity to say something.

He takes a knee. Like the proverbial ripples on a still pond, his kneel reverberated. The ripples cost him his job. The ripples have now flowed from the Bay Area to D.C. This week, our disgraceful 45th president, who never misses a chance to take an uneducated, unthinking, unsophisticated gut reaction into the public without any semblance of nuance called Kaepernick and anyone else kneeling a “son of a bitch.” He called American men, American athletes, American protesters, American heroes—sons of bitches. He called them that because they are looking to enact change, or at the least bring awareness to a decades old problem—some police see Black men as dangerous. Let’s ignore the fact that Trump speaks the way kids imitate their drunk, racist grandfather and just acknowledge that he is a boring, tactless, race-baiting, impulsive, spiteful, incurious, douchebag. His opinions are as useless as a bikini in Saudi Arabia. His face is as paunchy as a hippo duck facing a selfie. Instead of being sympathetic or simply ignoring this story, he blew moonshine into the bonfire.

Johnny Cash was the man in black. “I wear it for the poor and beaten down, living on the hopeless, hungry side of town. I wear it for the prisoner who has long paid for his crime, but is there because he’s a victim of the times.” These football players are men in black, men whose blackness defines their life, but not their identity. Many of them came from that hopeless, hungry side of town. Many of them may know someone in prison for a victimless crime like marijuana. Johnny Cash wore black; they are choosing, like Kaepernick, to take a knee, to show that America has not fully reconciled its slave-holding past. We have not fully committed to our motto, E Pluribus Unum. Thirteen letters, thirteen original colonies, thirteenth amendment. America is trying to move forward. Trump is a gold plated, bone spurred step backward.

We all must try to understand that black lives matter doesn’t negate other lives. Taking down Civil War statues doesn’t negate history. Kneeling before the flag doesn’t negate others’ sacrifices. The NFL players are allowed to kneel for the song. The flag will still be there. It reflects what we project upon it. Whatever you see within those Stars & Stripes probably reveals part of your own personal American history, standing, sitting or kneeling. 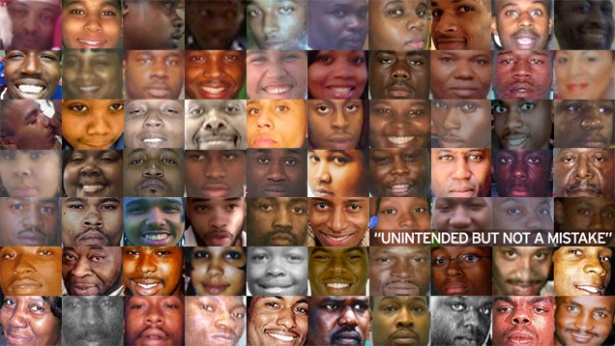