Some Iowan naturalist named Aldo Leopold made this nice quote, which I will paraphrase, “Ethics is what you do when no one’s watching.”

Nobody was watching Walter Palmer when he boarded a plane to Zimbabwe to kill and behead a wild lion. Nobody is watching as rhinos are becoming extinct because of their horns holding possibilities as prurient penile pumpers. Nobody sees the crude slaughterhouses of America where 9 billion animals are killed every year, or the 50 million rabbits skinned worldwide for their downy fur. Nobody sees the millions of strays languishing or euthanized every year in kill shelters. Nobody noticed when the president for life of the astonishingly poor Zimbabwe, Robert Mugabe, butchered elephants, antelopes, impalas and a lion to celebrate his 91st birthday in February. That is: until it goes viral.

Social Media offers a great opportunity to the young, restless, constantly outraged and perpetually inactive young generation. We can teach each other about injustice, deception, inequality or discrimination with an idle click of a “Share” or a “Retweet.” Raising awareness is the new achievement of success. But really, what comes next is the important part—acquire information, form a plan and act. The ice bucket challenge of last summer was a way to self-promote yet still feel altruistic. A rare and virtually unknown disease needed money for research, the right links were “shared” and the ALS Association’s coffers were $100 million richer. Joseph Kony was the most hated man in the world for a few days in 2012, and I haven’t heard about him since. A few million people shared a link and it raised awareness for the Invisible Children situation in Uganda. Cecil the Lion’s martyrdom brought a new sensitivity for animal conservation. But those actions were easy and done with a click. To fix race relations, poverty or take on corporate America, we’ll need some real action heroes.

Turn on your Facebook and you’ll see some of the outrage du jour. Last week was about Cecil the Lion’s numbingly pointless murder in a destitute African nation. Yes, it really sucks that some hunt animals for sport, but when the unemployment of Zimbabwe hovers around 90% and the meager food staple of the host country is a bland corn mush called “mealie-meal”, can you blame locals for allowing if not encouraging the chance to take some wild eyed white man’s money in his daft search for the crown of the king of the jungle?

We read the tales, feel the anger, share the story, and then move on to the next victim of public shaming. The lion killer Walter Palmer’s business and house were made public and subsequently trashed and vandalized. He’s an idiot with a stupid hobby, but should his life have been ruined for a legal, if immoral, hunt? What if we reacted like that to the U.S. foreign policy? What if we egged the Capitol, spray painted congressmen’s cars, threw pig feet on the White House lawn and demanded that more than the paltry 1% of the federal budget be spent on foreign aid to help poor countries like Zimbabwe struggling under an autocratic despot whose negligence, avarice and mismanagement of the farming system has all but crippled the country. Their inflation rate in 2008 before abandoning their currency was a staggering 80 billion percent. They actually printed a 100 trillion note. What kind of changes could we enact in the world? Probably whatever was trending and fomenting #outrage that week.

What if we demanded action in America? What if we learned the true reach of lobbyists, cronyism and big money’s position in politics? What if we sincerely wanted to help the struggling food stamp consuming masses? What if we got serious about slowing climate change and curbing pollution? What if we re-invested in education? How can we get people as mad, restless and eager for action for those positive changes in the world, as they were to vilify one man’s hunting exploits?

For what will we use this new power of global outreach? Absolutely, saving wildlife is important, but certainly, we should be concerned for not only our own species’ survival but also the realization of ending poverty and hunger or equal rights or access to clean water or demanding reusable power. What change would you like to see? Ricky Gervais’s Facebook page jump-started this shaming of big game hunters until its climax found a face with that proud, dead lion and the world leapt onboard. Perhaps there will be a renewed interest in wildlife conservation. But, there should concurrently be a newborn interest in the fate of Zimbabweans. No amount of conservation of animals is worth starvation of people. Now that we can see the power of social media and our collective voices, what do you want to change? 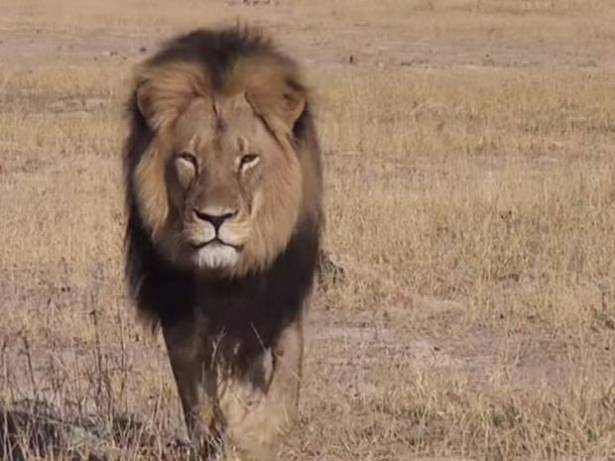