I tried to write about this before and didn’t like the outcome. But, the fact is, this issue is important to me. Today, October 1, marks the 3-year anniversary of when I landed in Seoul, Korea. I wasn’t just a post-grad looking for teaching experience abroad. I’d lived abroad, I’d been a teacher for years by then, I’d also recently escaped a tortured relationship.

I was looking for a place where nothing would remind me of the past. I found it. I found good people who thought I was good, despite what I had come to believe about myself. I found my own feet not covered with eggshells, I found my own ideas not littered with scorn, and I found my sense of humor (repressed for fear of reprisal) again. Although I could have gone anywhere, I went to Korea. Within a month, I met the most beautiful woman I know, and now our 3-year anniversary is approaching. 6 years—broken into two parts, have given me a picture of what relationships can be.

This is a personal story. Yet, this particular topic is personal to a depth that I might never fully devolve to anyone. But the superficial details are necessary to continue. In 2008, I met a girl, we argued constantly; the stock market crashed, my job sucked; she didn’t want to break up, there were no other jobs, therefore, I stayed in my belligerent relationship and stayed in my sucky job. I lived that life for three years. Finding solace wherever I could, video games, sports, cooking, exercise but mostly in three of the best cats I’ve ever known.

The moments of good could get us through the moments of bad. It was verbally and physically abusive on both sides. It was mentally and spiritually draining. It was scary, stupid, but mostly boring. Who wants to have the same argument ad nauseum? Cops would arrive at our door responding to a neighbor’s complaint. Plans would be cancelled with terrible excuses because we couldn’t be seen in public. No security deposit was ever returned back from either of the two apartments due to the broken doors and holes in the drywall. The cats would run into the other room and sit right next to each other in a row with ears tucked back, eyes fully alert in our direction. It makes me cry to think about those gentle little furrballs who loved us and just wanted to lie in our laps as we all watched an “X-Files” re-run.

There are more nights than I can remember of staring at the clock, after scream arguing until we both lost our voices, when no alarm clock was necessary, I couldn’t wait to go to my crappy job. Family, friends and dreams became weapons. Hopes and aspirations could only go one way—there was only enough support in the relationship for one person to succeed at a time. Someone had to constantly give and someone had to consistently take—and that is a precarious, unsustainable balance. There was never compromising, only sour capitulation.

I reached a personal limit when I literally heard both the girlfriend and my mother say to me on the same day, “Don’t you f@#%ing do this to me!” I realized when given the option to choose. I must side with my loving, caring, supportive mom. I left the relationship with a battered soul. It took years to get past the derision and contempt spouted at me with spiteful eyes from someone who I used to love. It took a brave, beautiful woman’s love and many nights spent venting over cheeseburgers with patient, tolerant friends to move in my own direction.

Then I saw Ray Rice’s elevator punch, followed by the hollow eyes and callous behavior. I knew those hollow eyes. I knew that feeling of not caring. I don’t know the immense anger to resort to full out haymaker. I would never support his actions. I also don’t think the question, “What did she do to deserve it?” or “Did she provoke it” are applicable. In those relationships, anything or even nothing can provoke abuse. Any misstep, any miscalculation of mood, any eggshell can break leaving both in a terrible mess.

These terrible relationships are all over the world. 25% of women, and 8% of men in America have dealt with physical violence. I can only imagine the numbers are higher for verbal abuse. I hear people say, “Why doesn’t he/she just leave her/him?” Leaving isn’t easy. Suicide threats, homicide threats, casual threats, nasty threats, loss of children, loss of property, loss of pets, and the unknown, frightening future among others are all featured prominently in a decision to leave. That strange world of abuse has become your world, and the picture of security isn’t easily imagined.

Remember, a person is at their weakest at the moment of trying to leave. The strength you feel today if you are in a solid relationship; it’s the opposite if you are in an abusive one. That’s not even mentioning the religious factor in some relationships.

Where does one turn in those times? Some have alienated their friends and family from years of defending the abusive partner. Some don’t possess friends and family. Some live far away from a support system. Some, despite knowing better deep in their heart, keep hoping for the best, that maybe, their partner will change.

Abuse lives and breathes, grows in private and rots from within. It doesn’t respect gender, race, size, wealth, or religion. It doesn’t make sense. It doesn’t need motives. It simply exists in the dark, shadowy spaces of previous abuses, unreconciled losses, persecuted minds, arbitrarily punished, systematically brutalized and mistreated souls within us all. There is not one soul inside. There survives the amalgam of all our choices, our memories, and our awareness. The duality of dark and light lives in all things. Some push that evil darkness on others. Many lights are extinguished. Some lights escape. But the light that escapes, gains strength while always cognizant, that one heavy, horrible gust can put that light out again.

Happily, my battle ended in the light. My last three years have been as memorably joyous as my anxious brain and pessimistic outlook will allow. New and old friends seem to enjoy my company thereby giving me confidence that I may still be fun to be around. My adorable and amazing girlfriend continues to shower me with affection that I contentedly return. My wonderfully weird family is a never-ending source of strength. So, I remain forcefully hopeful with grateful moments of acceptance that such a painful past provides the prudence to part with agony, seeking the inclination to limitlessly love the who, what, where, when and why of my life. 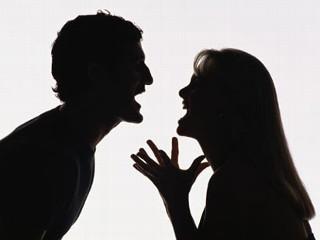 One thought on “What Happens When the Person You Love Is Abusive?”