It’s only been about two weeks in Vietnam and already I’m feeling overwhelmed by temples, pagodas, shrines, tombs and memorials. They are beautiful, awe-inspiring testaments to creativity and construction. But, what strikes me as odd is the reason for these wonderful monuments. They are to praise kings usually, or sometimes gods. I am no fan of gods, organized religion nor monarchy. As an quasi-anti-theist American, I have no reverence for gods nor kings.

Gods are easy to understand. In the pre-science times, uneducated people needed answers for natural disasters, sunrises, stars, wind, thunder, origins and to feel a part of the great world they didn’t understand. They served a purpose for those prehistoric minds and helped them feel safe as long as they massacred a cow or slit the throat of a virgin every month to appease those jealous, angry gods. The modern world understands most questions of science except the eternal unanswerable, “Where did we come from?” Modern god(s) give a shoddy answer, but a pacifying one, for those who incline that way. Therefore, we continue to construct those amazing churches and mosques to praise a beguilingly stubborn god who is still not sated by our cow and virgin destruction, weekly psalms or Mecca pilgrimages.

Today, there was a magnificent tomb I visited for a Vietnamese king who died in the 19th century. The first smaller shrine was inscribed: “This monument is dedicated to the minor wives of…” His name isn’t important because what struck me was that there is such a thing as minor wives, and then, that they are given a freaking shrine in death! They get a big fancy building because they banged the king a few times when he was bored with his major wives? Then, I listened to some brainwashed tour guide expounding upon the greatness of the men who used to rule this beautiful land. “Long ago, the common people weren’t allowed inside here, they had to wait outside. But now, we can come inside!” The king of the people doesn’t want any of those dirty rice farmers he rules anywhere near his fancy throne. What a bunch of crap.

I can sometimes understand a great man who helped his people, who was deserving of respect, who understood the role of king was to lead, inspire and evolve a better civilization. King Sejong of Korea knew this. He knew the Chinese language was too hard for the common people to understand, and it left the poorer citizens in an unenviable position of interminable illiteracy as only sons of government agents could take the test to learn the language in detail. Those fathers and those sons were only 10% of the population.

King Sejong organized a group of scholars to create a new language, Hangul, a simple alphabet with simple characters. It greatly increased the chances of literacy for the other 90%. He was lucky to have peace in his time and a desire to help. He is understandably revered in Korea. But, even him, a great man, a wise man, didn’t DO any of this. He just told his “employees” or devotees to do it. He commissioned great advances in many aspects of physics, time-keeping, printing and farming. But, he was just the idea man.

The problem with remembering only the king and not the people is that acknowledgement is given to the wrong person. The monuments should be given to the people who lived in a certain period of time, the people who did these great things. The Pyramids of Giza are remembered as being built for Khufu or any of a number of different Pharaohs. Those lazy bastards didn’t move a stone. Yes, some were dead before construction began, others watched as they ordered them built for previous rulers.

Kings get free passes to the banquet. They were born on third base and think they hit a triple. King Louis 16th is a good example of ineptitude through genetic legitimacy. He ruled during the French Revolution, which wasn’t completely his fault, it had been set in motion by his predecessors; but if he was a stronger, smarter man, he could have appeased the peasantry better than he did. Just because you are born from a great king, doesn’t mean you will become one.

The king whose tomb I visited today was sterile. He had no children. So, he adopted sons and gave the keys to the kingdom to his favorite. The boy took over at age 15 and died 8 months later. I assume poisoned by jealous eunuchs or shifty concubines. That is even less reason to be king, because you are favored!? But, this adopted protege also had a big tomb.

I just don’t get the reverence. I don’t understand the glory bestowed upon people who did nothing. They had concubines, lavish parties, festooned and unwieldy clothing, gold encrusted, padded chairs and now: bow before them, for they are better than you because they were born that way. I don’t trust it. I don’t trust the idea of a benevolent king because power corrupts. Perhaps, a good man or woman, who is well respected as honest and hard working could be plucked from the populace and put in charge might be able to resist the temptations of a royal court. But, no boy, born on a golden throne, suckled by a glossy queen’s teat, perched atop a pedestal of princely pleasures could possibly grow to be humble and compassionate.

Now, I searched my feelings enough to know that much of these feelings come from hating and jealousy. I want those parties, those concubines, those giant canopy beds made of goose feathers and Asian cloud dust. With all those distractions, why would you care if the starving serfs outside your massive, insulating walls have enough to eat or are being educated properly? Perhaps some people innately care about others’ situations, they would make good kings. But, I tend to believe most people think, “I gotta get mine.” And who is getting more than a king? 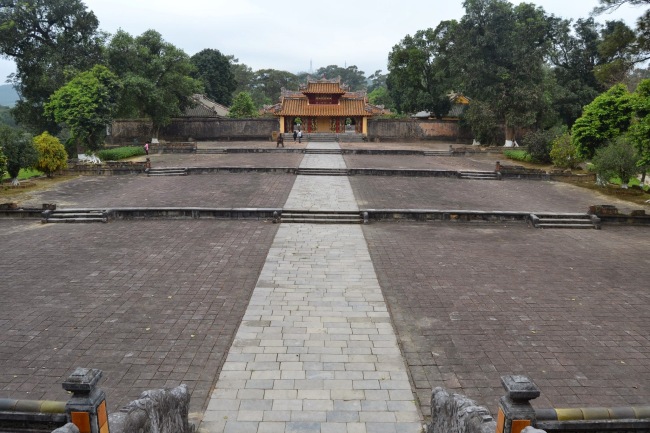