I went to see a comedian I had never heard of until three weeks ago. But in Seoul, American entertainers are a rare occurrence and it seemed like a good idea to get some comedy after the past few six-day workweeks. I researched Tom Rhodes on the interwebs and found a documentary he had made over 15 years ago. He had long Robert Plant hair, black boots, and a 90’s attitude wandering through Vietnam 30 years after his father had left the country serving as a helicopter pilot in the war. The video was funny, poignant at times but always interesting. I saw how other white people deal with traveling through Asia. He just spoke English the whole time and never tried anything else. Soon, people were helping, feeding and laughing along with him. As an expat, I can sympathize with these feelings he has of looking for meaning in a place where ancient cultures mix with strange languages and food. He was chastised as not a real man because he wouldn’t drink snake blood and he acquiesced, asserting himself “not a real man if I won’t drink snake blood.”

Although Korean food is rarely that primal, I recognized the emotion of leaving your ego battered on the floor as you make passive comments about why you don’t want to eat that squirming live baby octopus or that pig intestine or that fermented stingray that smells like a 7th inning stadium urinal. He really seemed to have a concerned, inquisitive and meditative approach to travel. It is similar to the way I feel when moving about the world. There is something to learn from everyone and everything as you meander about a peculiar new city or town. I’m more apt to allow weird people into my life when traveling than into my current living area. I think it’s because I know I’m leaving, and that there is a finite amount of weirdness to be gathered from this person.

The night of the show, I was playing Trivial Pursuit with my friend, Dave, and I saw the comedian, Tom, dressed in typical stand-up attire of jeans and black shirt sipping a beer across the bar. I approached him and asked him if he wanted to come play Trivial Pursuit with us, he appropriately said, “No, thanks,” and I proceeded to ask him about the Vietnam trip. We talked a little bit about travel, America, women, how Philadelphia is a brutal oddity of weird yet lovable people completely consumed by perennially losing sports teams, and how his home state of Florida is not really the East Coast and not really the South. He was easy to talk to, but due to my nervousness of meeting a polished celebrity with a knack for the hardest form of entertainment—stand-up—I fell into my standard blabbing.

A man who has traveled the world doing stand-up comedy must be one of the greatest bar conversationalists you can find. He’d probably be able to tell me stories about passing out in a mosque and being woken up by the Adhan chants. Or, about Asian girls throwing themselves at him in cute, broken English, “I like your rooster.” But, I have a big mouth and found myself describing the plot to Argo at one point. It’s not that I thought I had more interesting things to say, it’s that at any pause in a conversation with anyone new, I will begin talking about anything. He was cool though, and exactly what I imagined a professional comedian to be: smoking, rough voiced, good listener and full of life stories.

As much of an inane blabber as I can be, I am also a good leaver. I leave a conversation when it’s time. I’m also a good hanger-upper, when the phone call needs to end, I say, “Bye,” not everyone can do this. “Alright then…good to talk…enjoy that dinner…” So, I left, not hearing nearly enough from a travel veteran as I’d have liked and wished him a good show. The show, of course, was hilarious and he did about an hour of material. We congratulated him on the way out, and he gave me a copy of his new CD. It was such a nice gesture and meant a lot to me. (I was so shocked; I hope I said “Thank you.”)

I kept thinking how I should have stayed in that smoky, cloudy bar and bought him and his beautiful wife a few rounds in exchange for some funny commentary on the world. The problem I have is that I am never happy with what I possess. I got to BS with him a little before his set, I got a free CD and a quality Friday night, what more did I need?

Like today, I went and ate some delicious curried Thai chicken for lunch, walked past the English bookstore and saw the outstandingly attractive Korean girl who works behind the counter in another of her ridiculous leather and lace outfits. She blows my mind sometimes with her appeal. Sometimes, I ask her where a book is that I’m not even interested in, just to see if maybe we will accidentally start talking and accidentally set up a date which leads to an accidental hand brush while walking that runs into an accidental knowledge that we are both extremely into each other. I have a large imagination. I stood on the damn corner of the street debating myself if I should go tell her what I think.

When I was traveling in 2006, “Hello,” was the greatest weapon in the arsenal of meeting new people. But, because she lives here, I’m too shy to talk to her. Perhaps I won’t ever be happy with how things turn out. It is certainly the lesson I need to learn to incorporate that if there is something that interests you, go for it. If there is something that fascinates you, learn about it. The pain of losing is not as bad as the pain of not knowing. 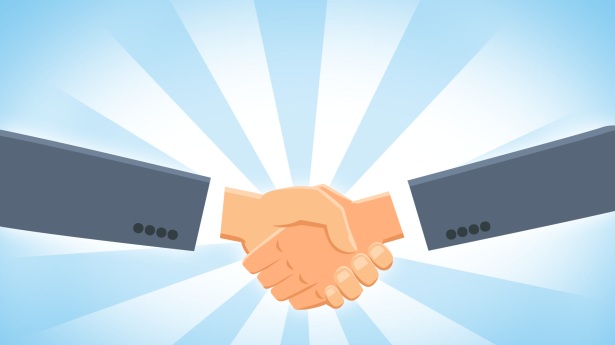